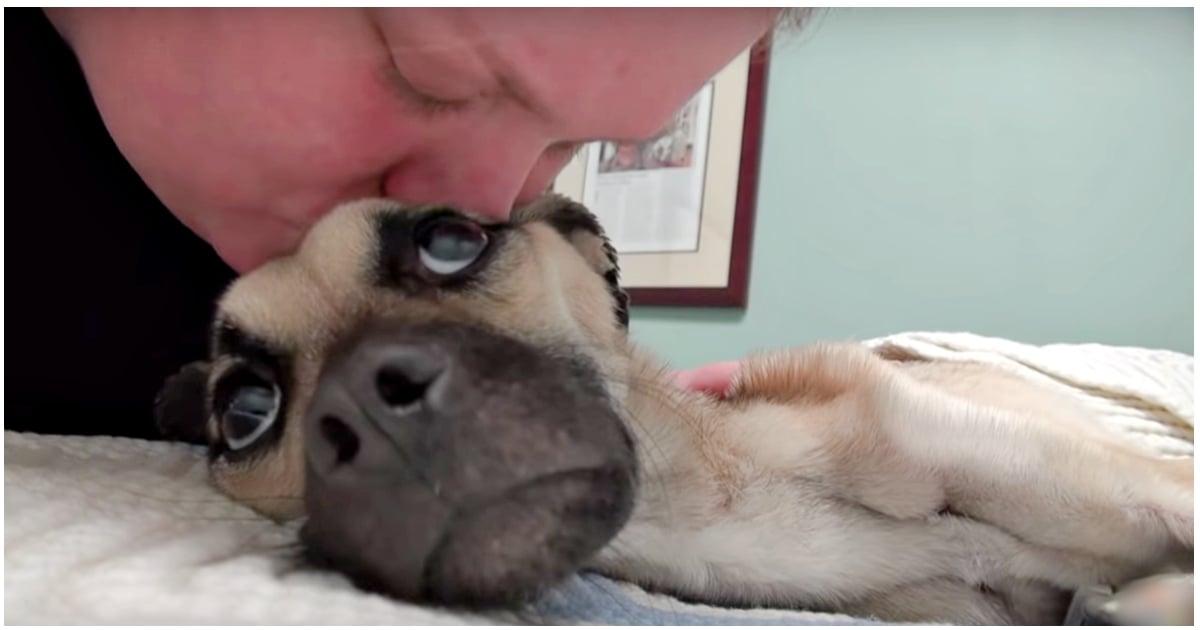 Meet Angel and this is her story. Angel was purposely starved and on the brink of death. She was rescued in the nick of time. Her organs had begun to shut down. As you can see from her face, she is in pain, weak and afraid. Every bone on her body painfully showed.

Angel’s body wasn’t just shutting down but so was she. Being unloved and mistreated for this long had really broken her down. But that was all about to change– now that she was in the care of loving people. 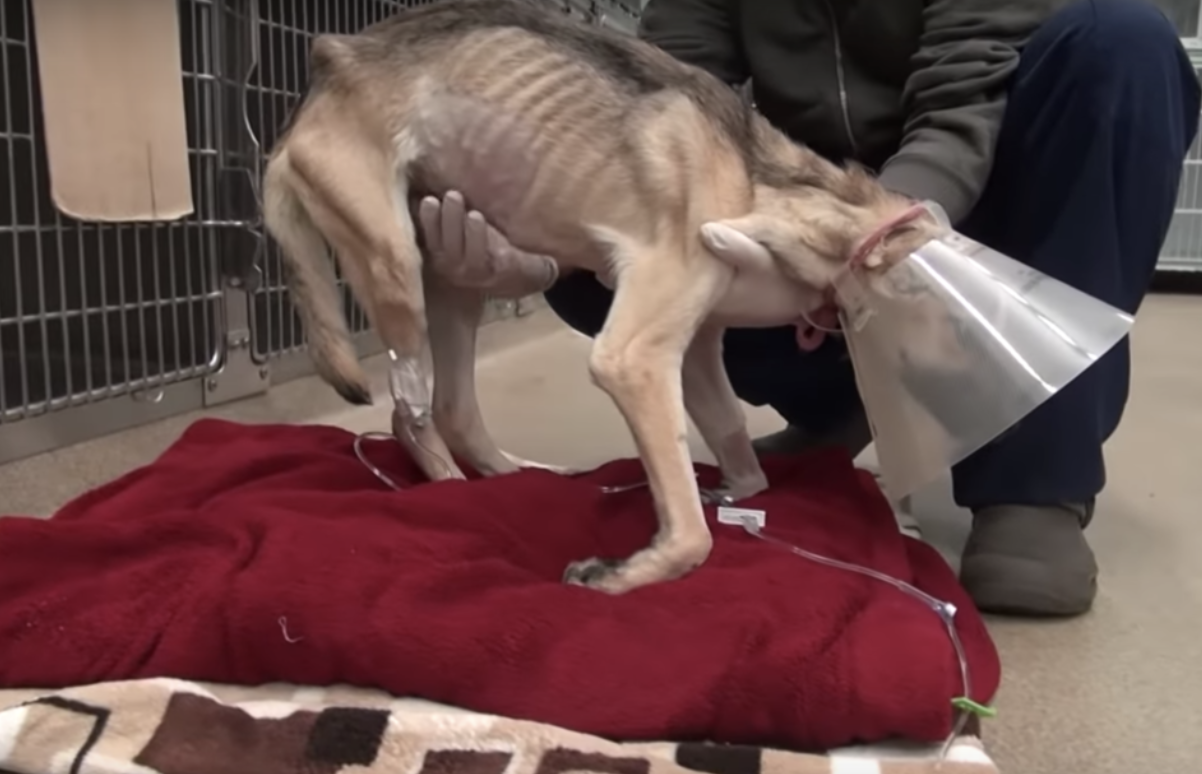 For a while, it was touch and go. At this stage of starvation, survival is uncertain. But she had really smart people in her corner that knew just what to do. They fed her small amounts of food throughout the day. She was also given IV nutrition, antibiotics, and medicine for pain. 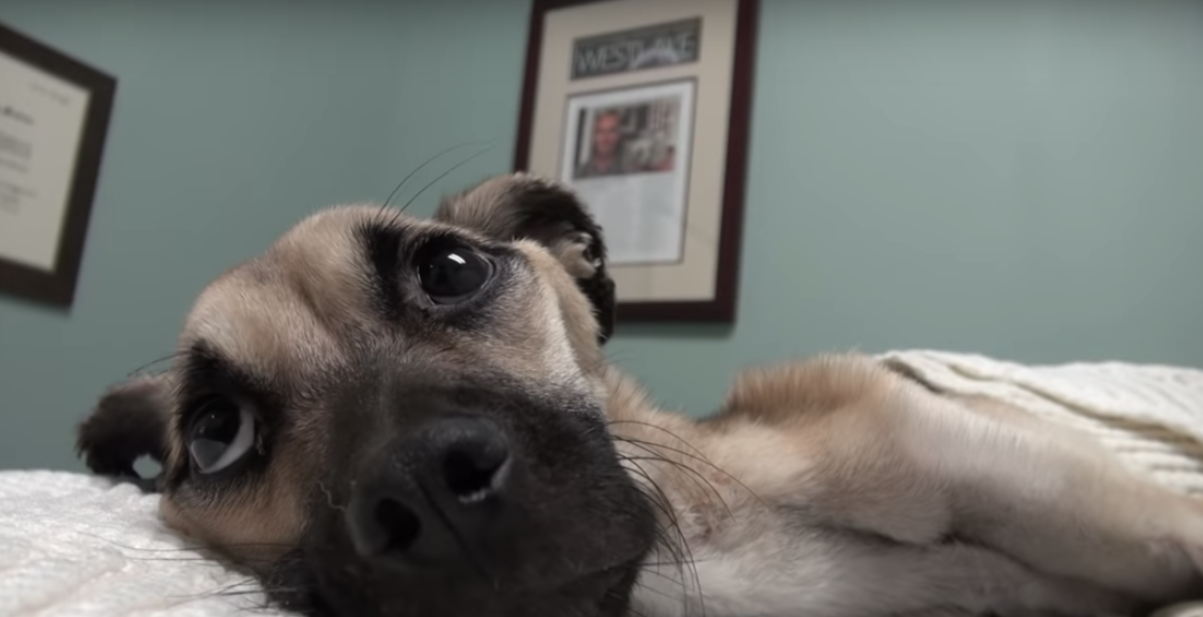 Each day, Angel improved. As Rescue From The Hart says in their video, “We lent her our strength, until one day she found her own,” is so profound. But as you will see, they were spot on! Angel took their lead. They saw positivity in their eyes and believed them when they told her that she is now loved and will be okay. And then… she stood up all on her own! Do you know how incredible that is?! 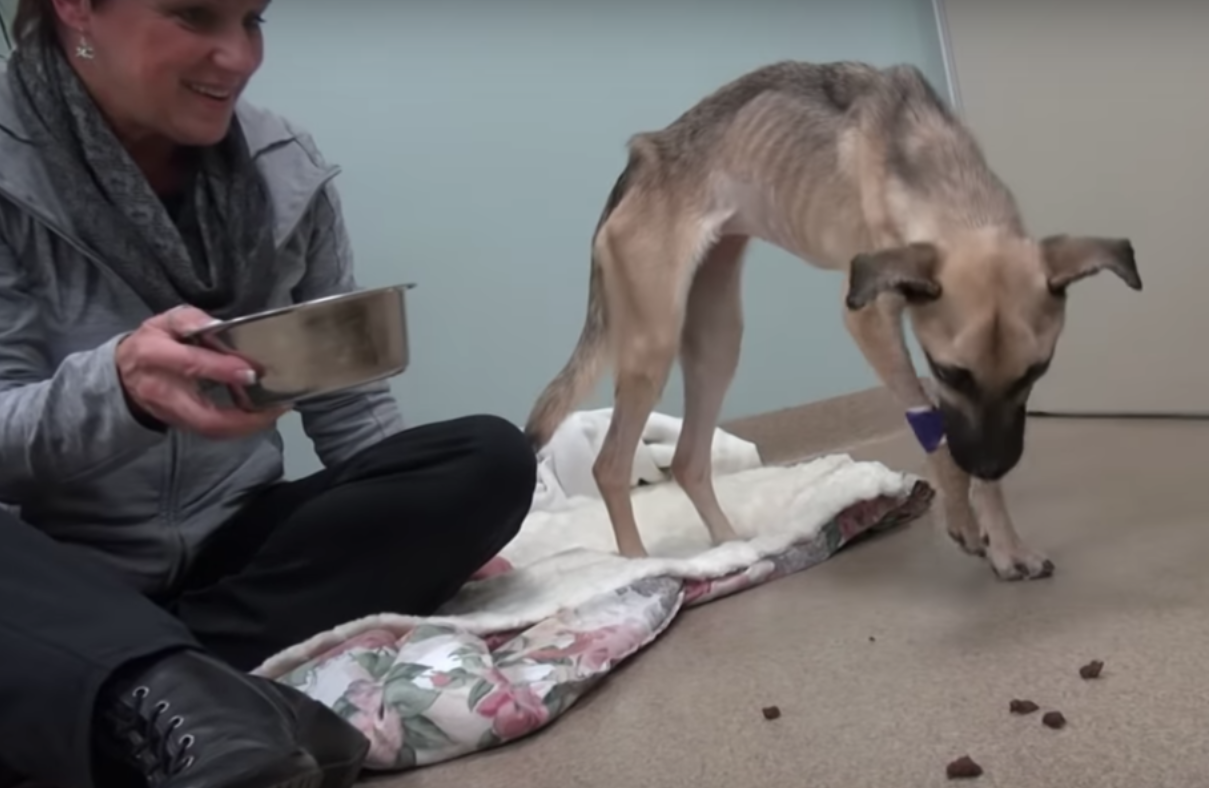 With a steady diet and continued medical care, Angel gained weight. Her body was no longer weak. She looked so healthy and was beginning to understand what it meant to be a dog.

She made friends at her foster home and then Angel received the best news possible– Angel found a forever home! 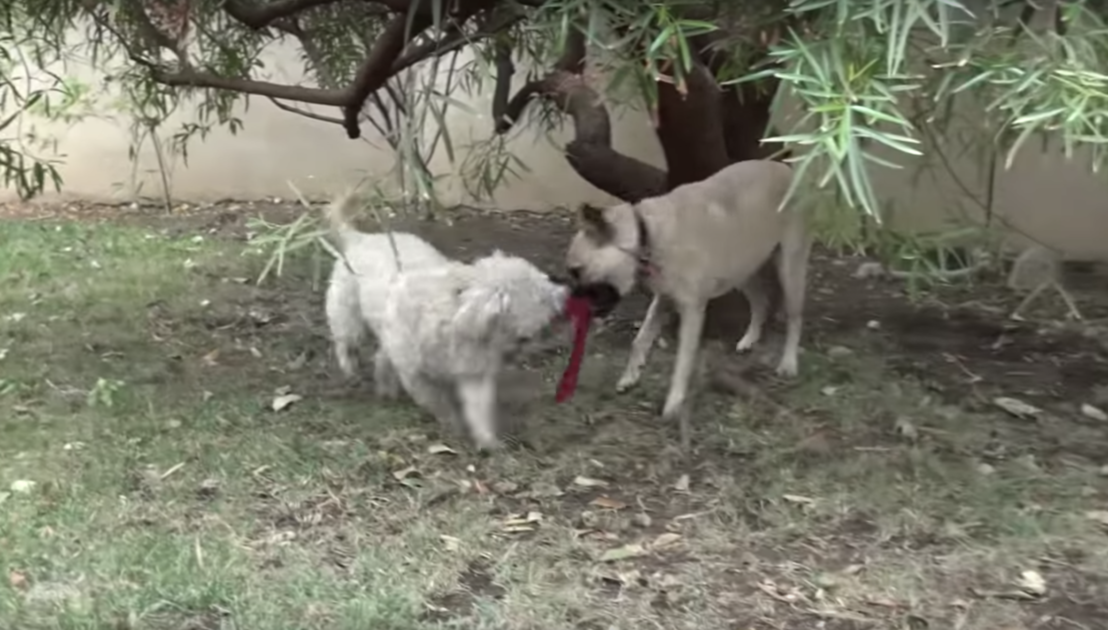 While we do understand the desire to remain blissfully unaware of animal abuse is sometimes easier, it’s not the answer. When you love animals to the core, fighting for their well-being is truly the epitome of compassion. Getting stories out there, like Angel’s, is how rescue groups survive.

They operate on donations from animal lovers like us. It’s not just about giving money. It’s also about sharing stories like Angel’s so people can see exactly what happens when rescuers do their job when they have the resources they need.

We ask that you continue to share stories of survival, like Angel’s, so rescue groups can continue to thrive. And animals like Angel get forever homes.

The video below is going to warm your heart! ❤️