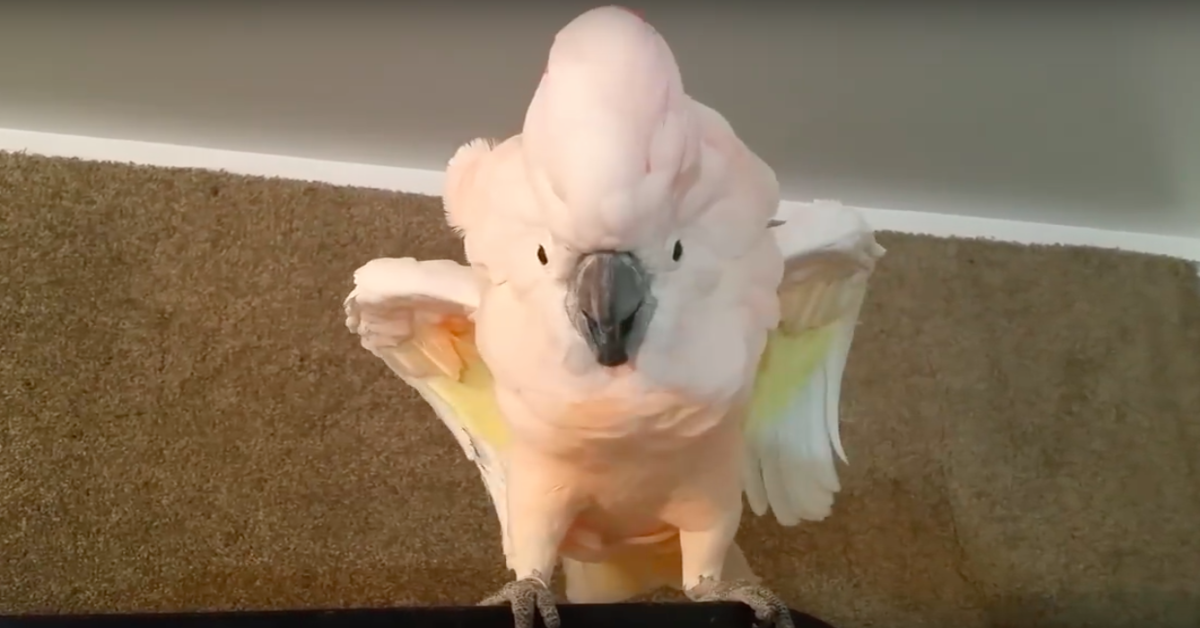 Pebble the Cockatoo does not want to go back into her cage, as she would rather explore. This amusing video captured Pebble’s playful yet naughty side, as she has a tantrum when being told ‘no.’ 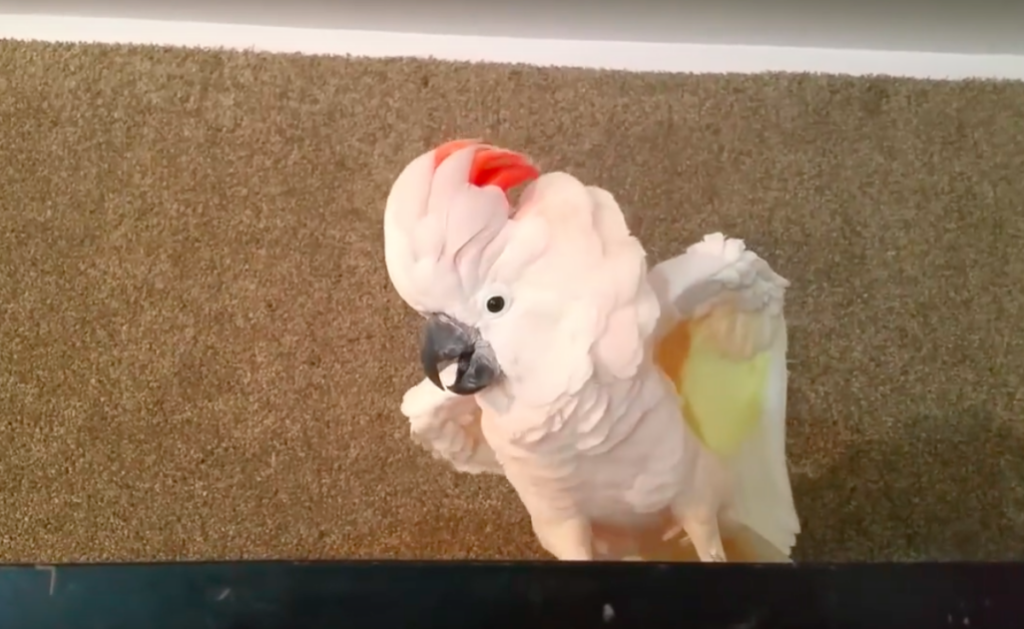 She talks endlessly to her human dad, who repeatedly tells her to come closer. Some of what she says is inaudible, but a few curse words are distinct.

At 2:43 into the video, Pebble’s father asks if she has an attitude; conforming to his request, Pebble answers “Ya, that’s right!” It’s evident that this feisty bird won’t sugarcoat how she feels and takes no orders from anyone willingly. 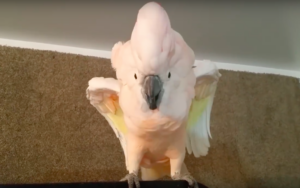 Sadly, Pebble has gone from home to home in the past 20 years, but she’s finally with a loving family who takes great care of her. She may get moody sometimes, but she’s a great bird! 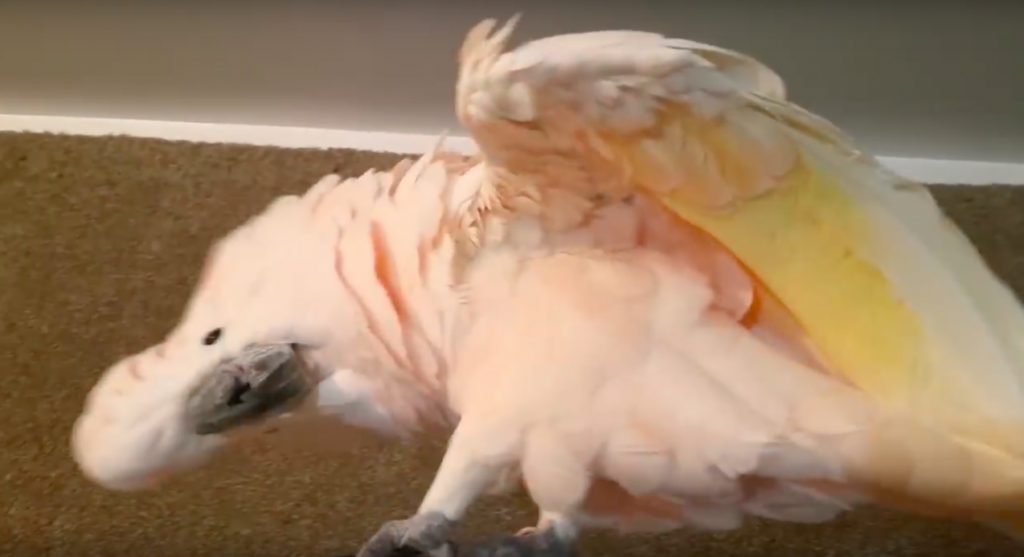 Cockatoos are part of the Parrot family and they share the talent for imitating sounds, including speech. Some Parrots, such as the African Grey Parrot imitate human speech perfectly, but Cockatoos are not quite as good at it. They can mimic words and sounds but their accuracy is limited which can make it hard to understand what Pebble is saying sometimes.

Click to watch what Pebbles has to say in the video below – enjoy!