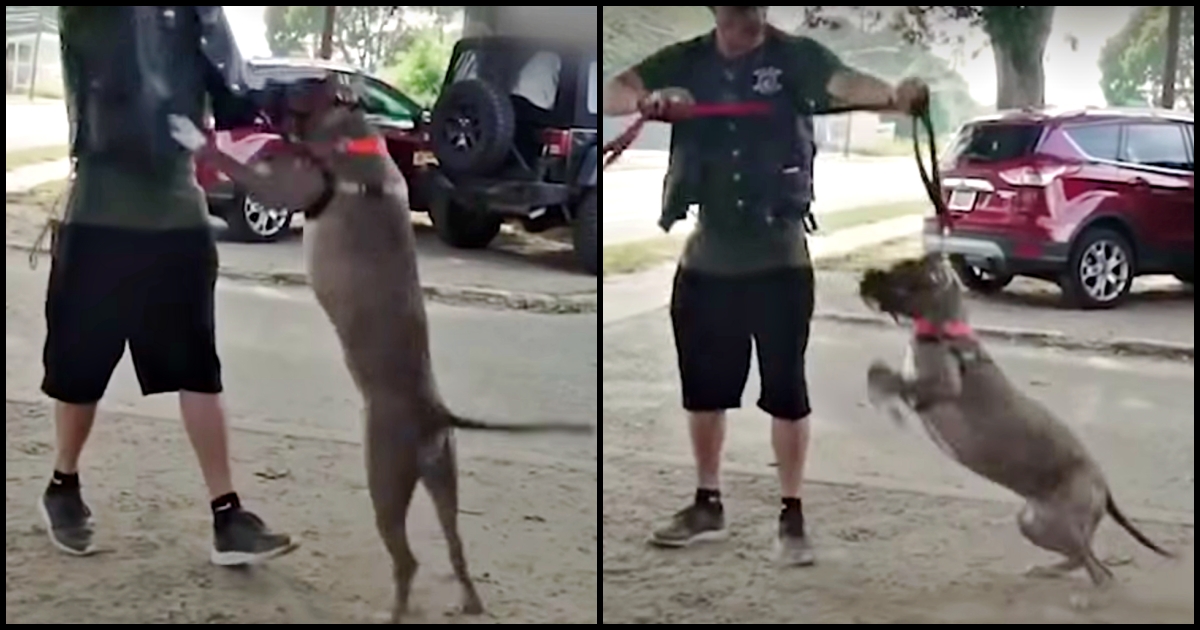 To most, first impressions are crucial. We assume that someone who is stand-offish is rude rather than shy. The same may be said for dogs. We misinterpret a dog’s aggressive behavior if we fail to recognize that they are, in fact, scared.

This is the story of Diesel, a Pit Bull. Because he lashes out in an aggressive manner, Diesel has been labeled vicious. A young woman recounts the events. When her (now) ex-boyfriend’s dog “misbehaved,” he was beaten by him. Diesel now behaves as most dogs do as a result of this event.

He sees a man that could potentially harm him, and he wants to hurt him first. That is not Diesel’s fault.

Diesel is handed over to New York Bully Crew, hoping they can help him. The trainers immediately realize that his actions are solely due to anxiety.

They decided to put a muzzle on him and bring him to their training facility in the car with them so they may protect themselves. In only a week’s time, Diesel is able to walk beside one of the volunteers without assistance. He still has his muzzle on just in case, but you can see he’s making progress in trusting these men since they will not harm him. 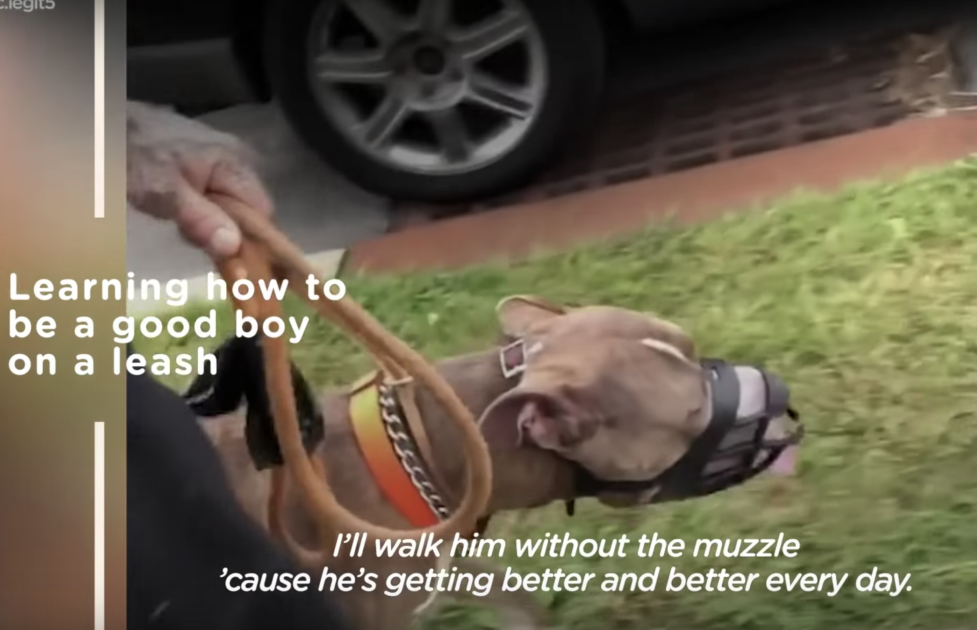 Two days later, Diesel goes for a walk again. This time without a muzzle. As the volunteer says:

“With love time and patience, any dog can be fixed. There is no such thing as a broken dog!” We couldn’t agree more. 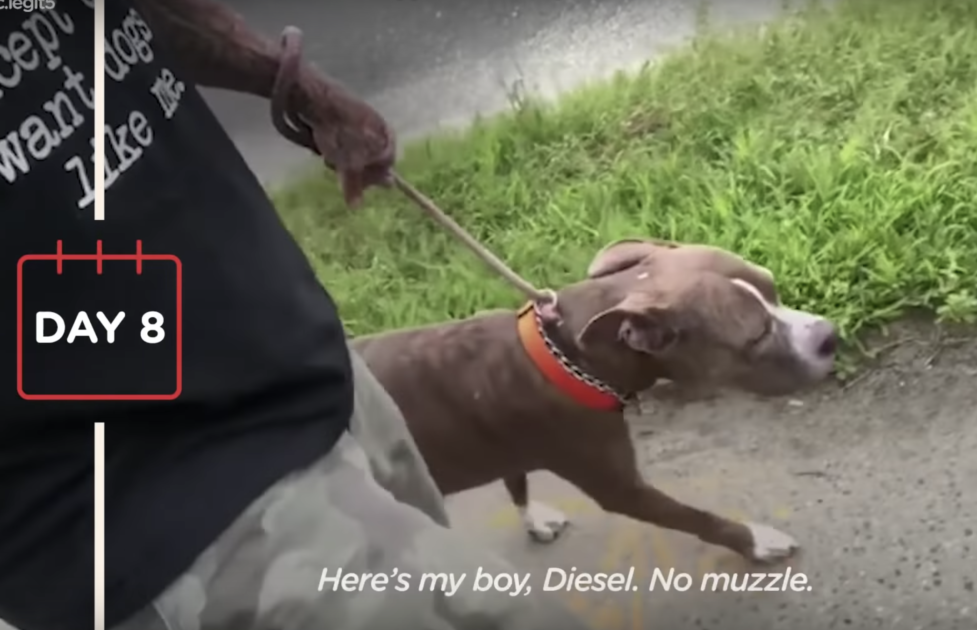 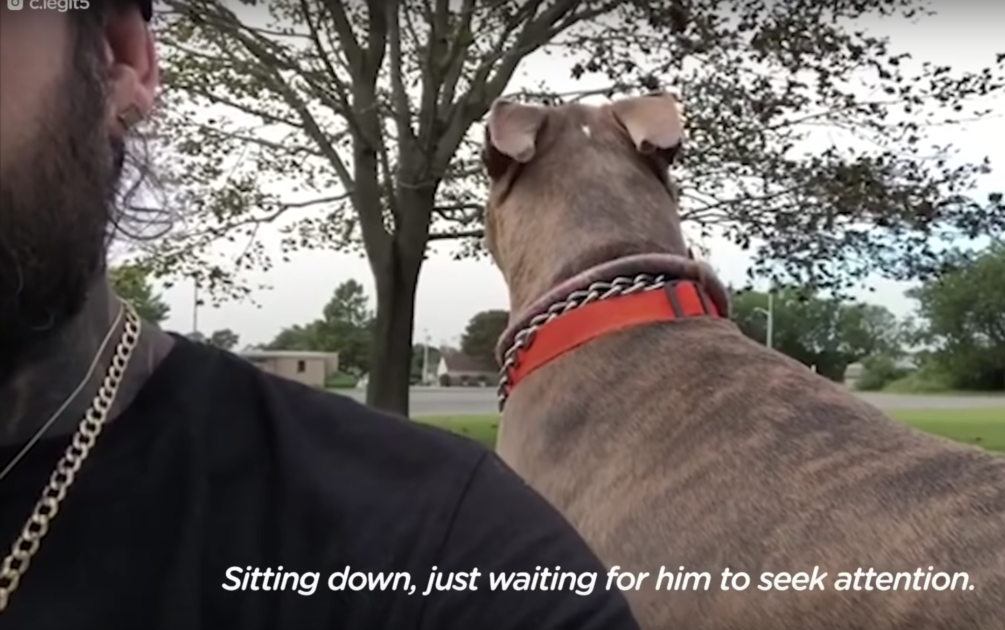 By the 9th day, Diesel is asking to be a pet! By a man! The same man he lunged at trying to attack him! You can see by Diesel’s body language, that he is relaxed. He’s really getting to a point where he understands that not all men are bad. 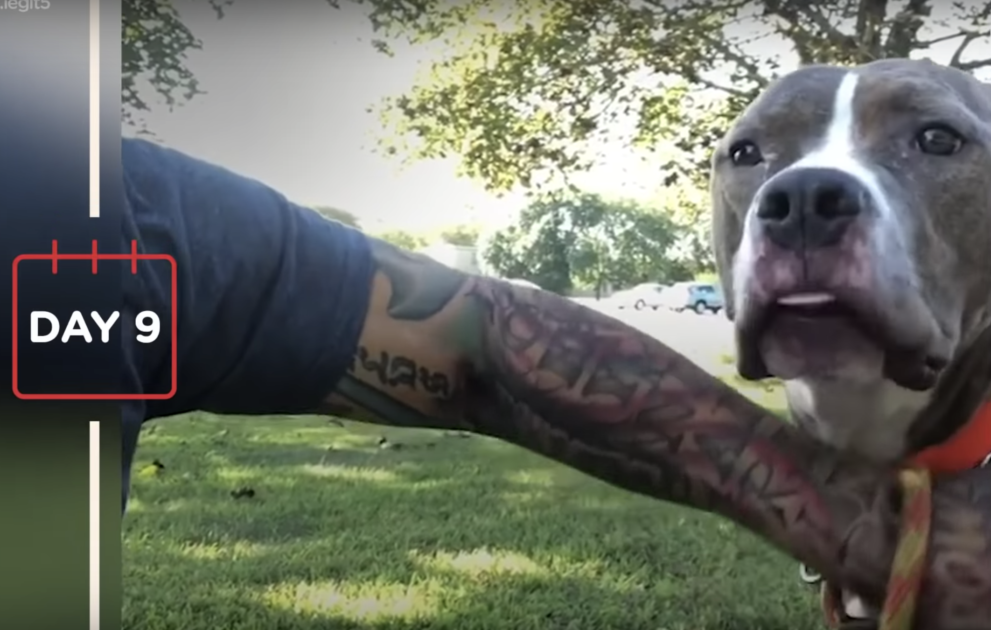 Diesel goes for a walk with another Pit Bull on the 11th day. His new buddy’s peaceful demeanor teaches him that it’s all right to be around other dogs. He likes being around the other dog and has also been classified as aggressive in his presence.

This demonstrates that when a dog is terrified and scared, too many assumptions are made. 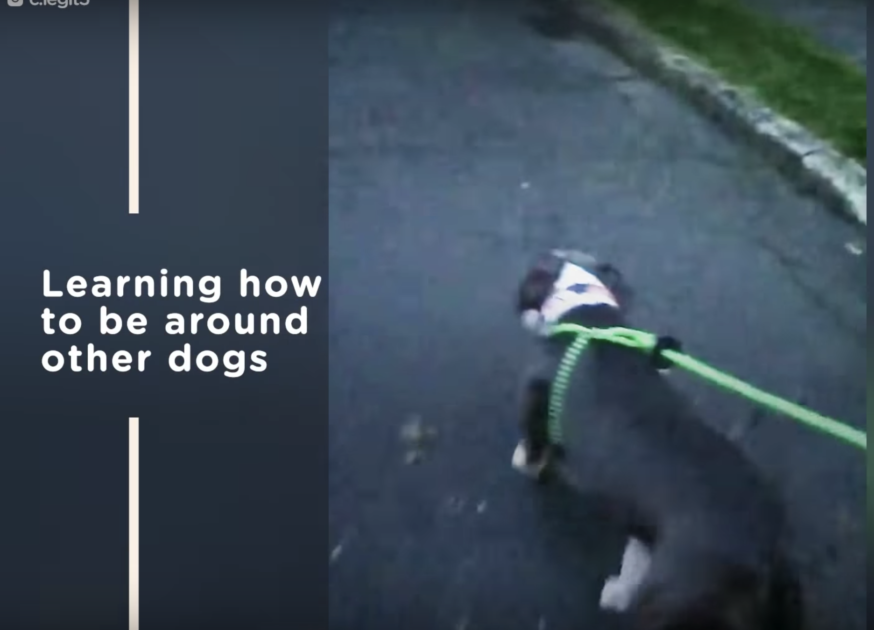 Diesel has gone from zero to sixty in two weeks, as he began wagging his tail, rolling onto his back for belly rubs, and bringing his new caregivers his bone and toys! WAY TO GO, Diesel! 😍 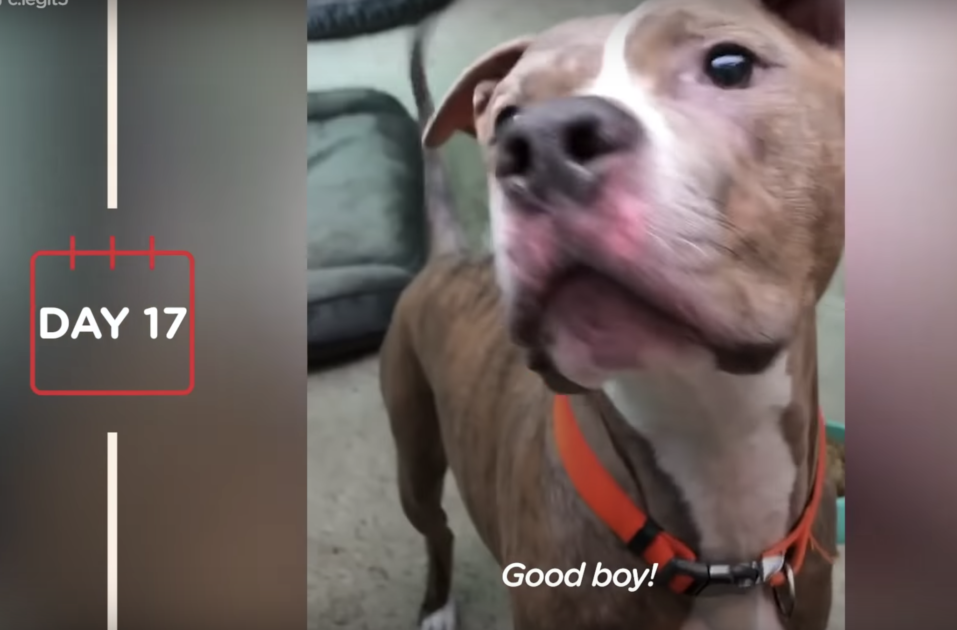 Diesel is currently residing with one of the other experienced trainers while his rehabilitation continues. He has to learn that it’s fine to allow others near the people he loves most because he’s possessive. 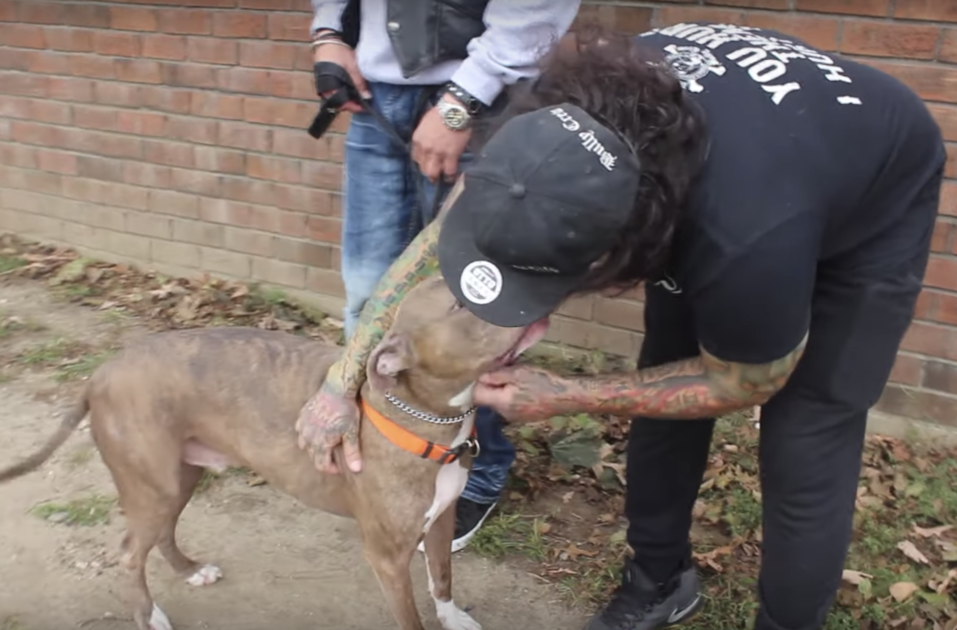 Diesel is not a bad dog; he was just exposed to a bad person. His trauma should not be used as an excuse to get rid of him. This occurs far more frequently than we would like to believe.

Watch Diesel’s heartwarming journey in the video below. Be sure to WATCH it all the way till the end, you’ll see why!