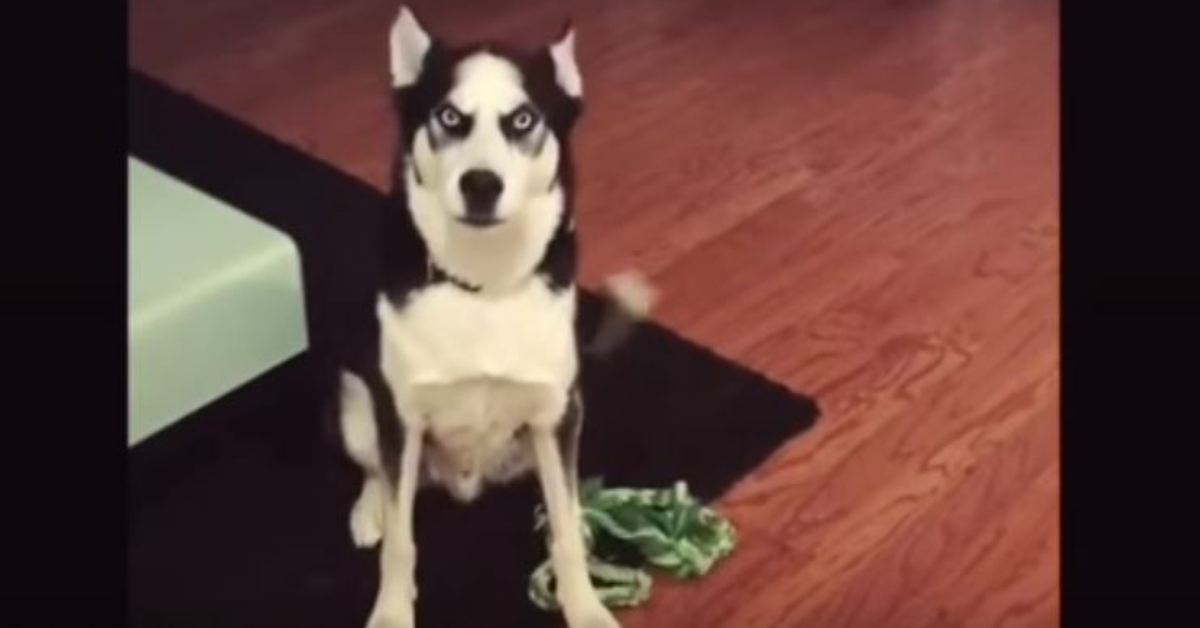 Siberian Huskies are one of the most attractive dog breeds. Their vibrant, piercing blue eyes and thick black and gray fur makes them stand out. This gives them a stunning appearance that makes you feel like they are gazing into your soul. But their voices are just as dramatic as their appearance. It’s like a toddler meltdown squared when they’re enraged. 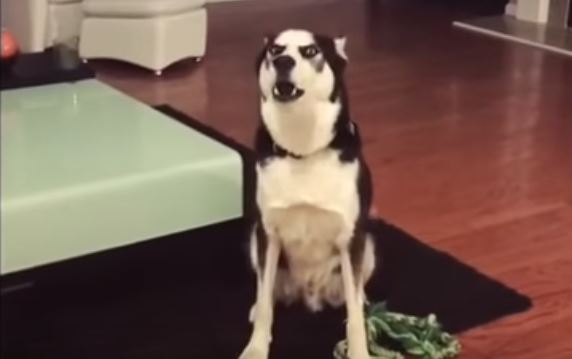 Blu’s dramatically performed hissy fit is absolutely hilarious. After being scolded for ripping apart his dog bed while his parents were out on a date, watch as Blu cries and groans.

Blu is scolded by his mother and then he vehemently disputes it. Most ‘human children’ are sassy and talk back. This stunning dog is having a battle with my nearly ten-year-old son over how he’s making a fuss. “Blu… hey, don’t talk over me,” his mom scolds. 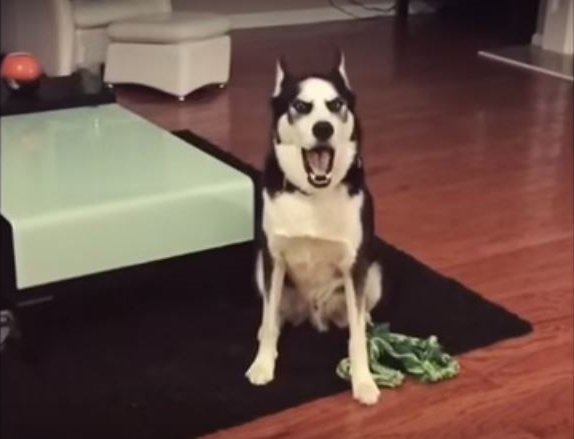 He falls silent for long enough to think of something that will get him out of trouble.

“You don’t know what happened?” she asks. “Who did this? Was it you or your sister? Who made this big mess?”

And that’s when the Oscar-winning scene comes in. Blu is not having this. He’s mad that mom and dad left and he has zero apologies to give. And I am rolling on the floor laughing hysterically! Click the video below to watch this hilarious temper tantrum!