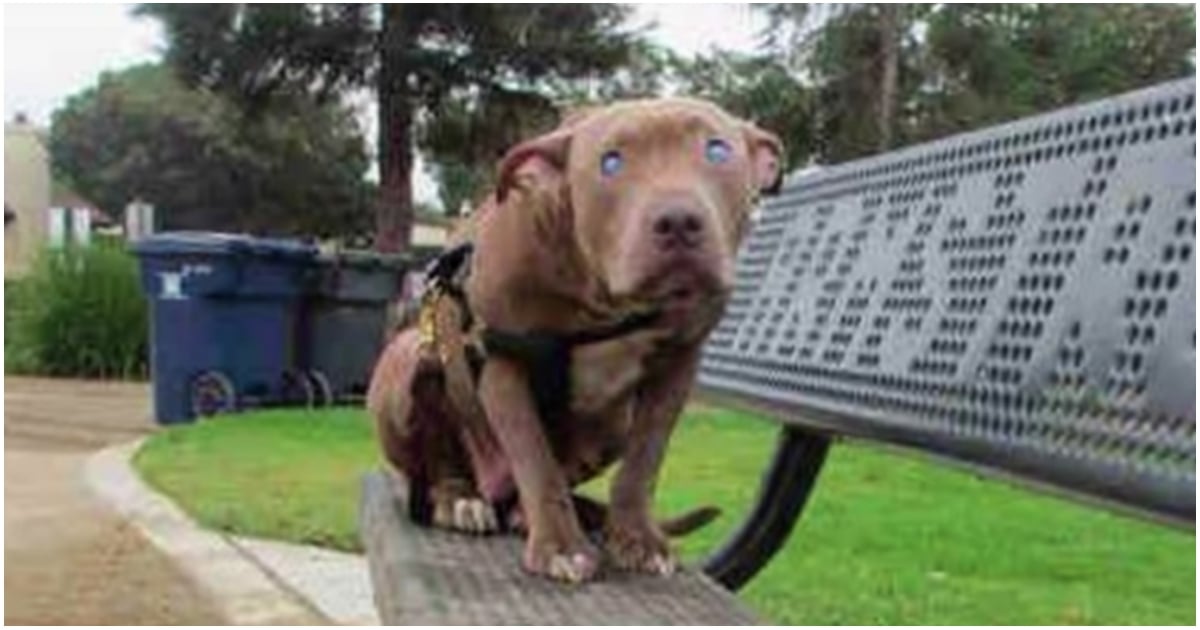 When a woman saw a frightened Pit Bull sitting motionless on a park bench in Santa Maria, she knew something was wrong. 😯

But as she got closer to the lone dog, her blood boiled when she discovered that he was completely blind and bound to a bench for days. The poor creature had no idea she had been abandoned as she anxiously waited for her owner’s return. 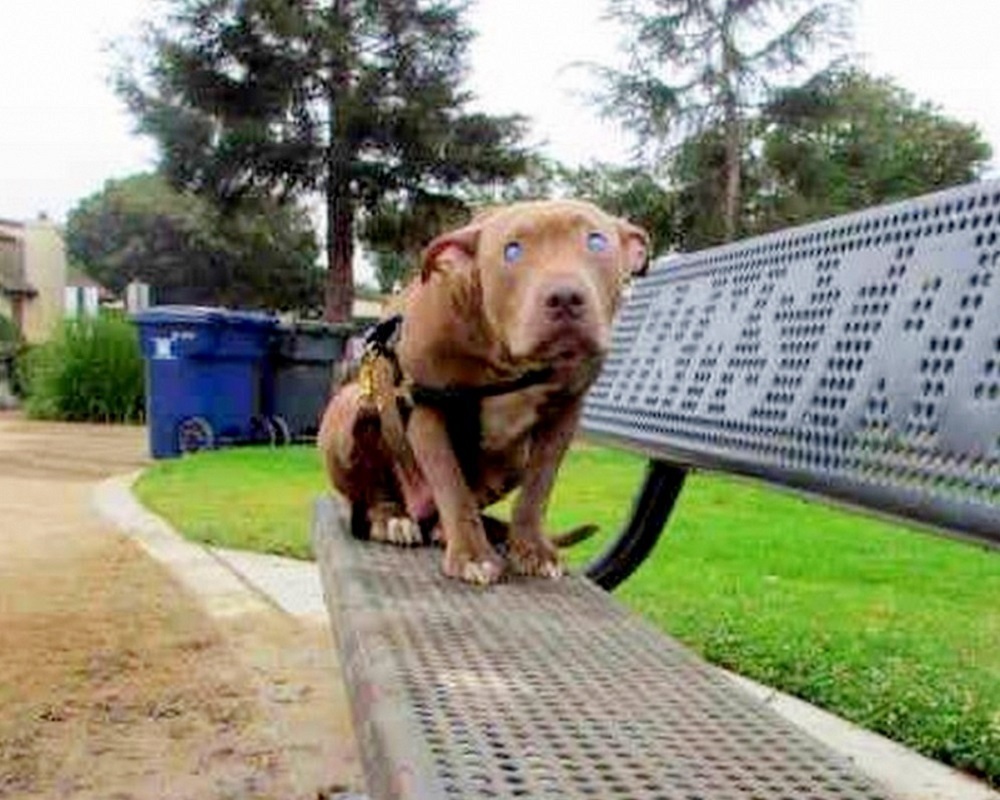 Poly was abandoned in her owner’s driveway when she was only 7 weeks old. The shelter staff named her Poly after taking her in. Soon afterward, Poly went to see a veterinarian, and it became clear that she had a terrible past. It was thought that Poly’s owner had exploited her for years, resulting in the 3-year-old dog being discarded with little regard soon after delivering her most recent litter. 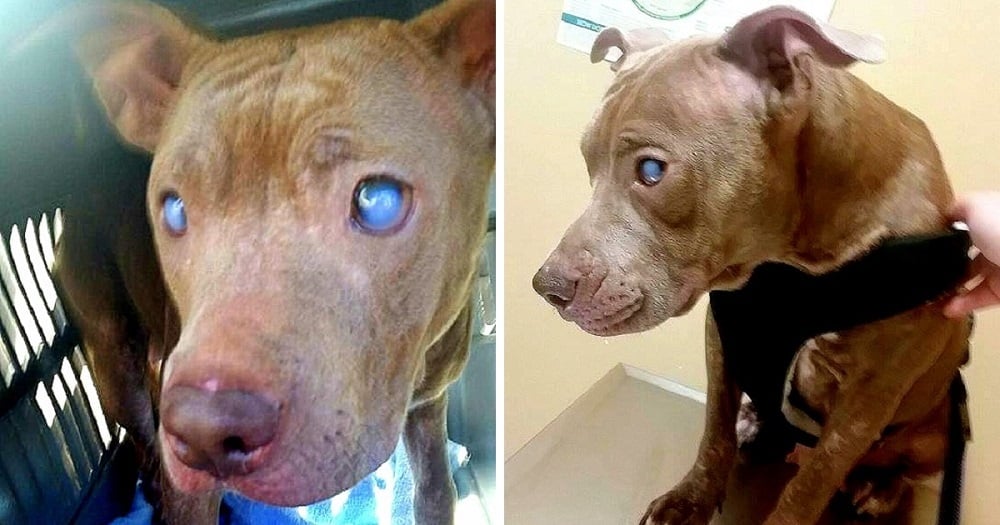 As it turned out, Poly’s luck had not been with her since the start. Poly suffered from congestive heart failure and had a heartbeat that might give out in just two months. Her longevity could be extended to two years at most with proper treatment and monitoring, but not beyond that.

As time was surely running out, the shelter entrusted Poly to “Foreverhome Pet Rescue.” Her new parents ensured that she lived her life to the fullest by placing her in a wonderful foster home. After finding herself in a nurturing environment for the first time, Poly blossomed into the happiest dog. 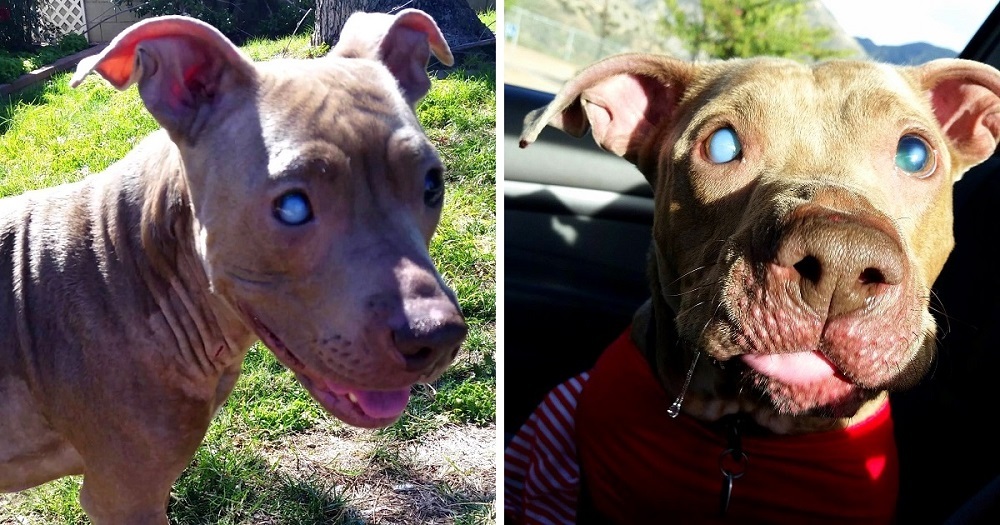 She completed her bucket list one item at a time and ended her days with the satisfaction of having ticked off each item. She peacefully passed away in the arms of her parents, knowing that she was a cherished and loved girl.