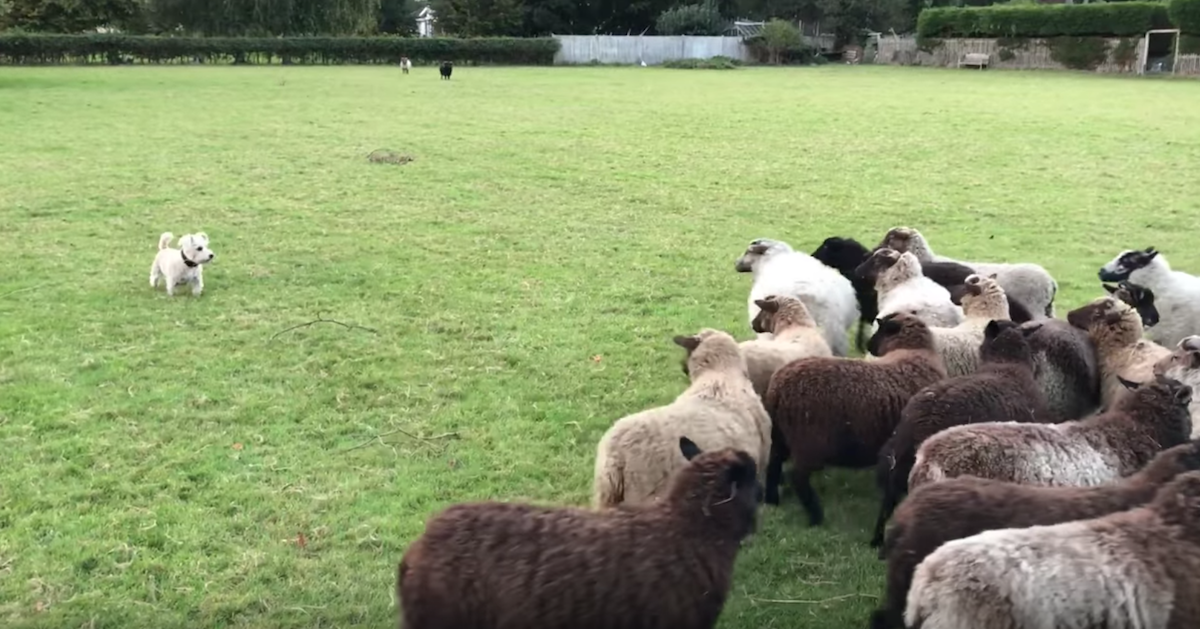 Nelson became a dull boy if he didn’t get any play. So, when Nelson the “part” Norfolk Terrier went out to herd the sheep on this day, he decided to have some fun. He somehow convinced the flock to play with him rather than herding them! When his employer (also known as Dad) saw this, he had to film it. 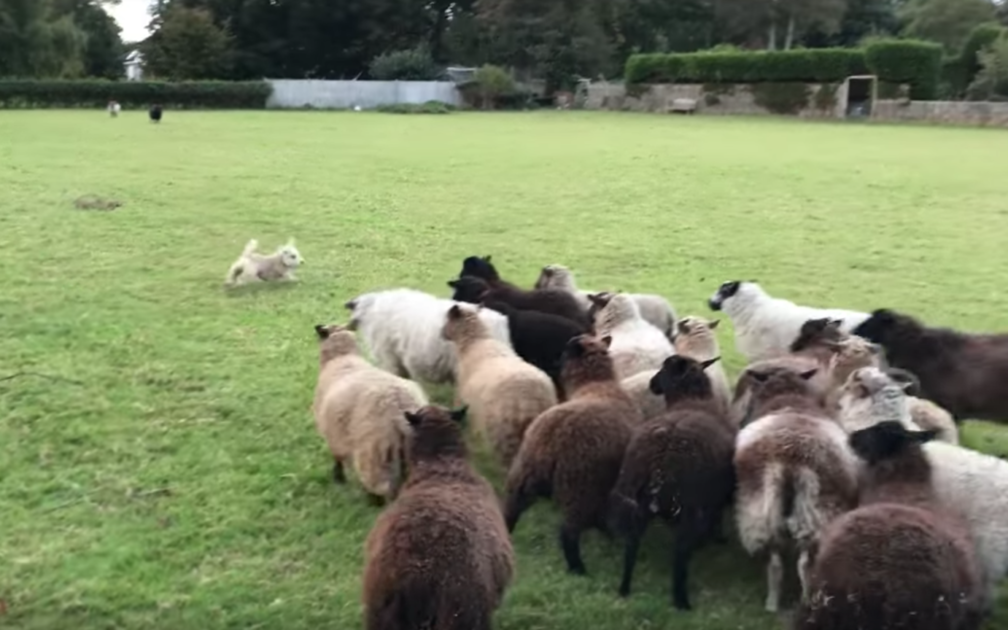 The sheep scatter in all directions, and the “World’s Worst Sheepdog” runs up to the flock before circling around it. The sheep start chasing after the dog at this point! Maybe Nelson isn’t slacking off and he’s just inventing a new style of sheepherding where the sheep chase their leader into the pen. 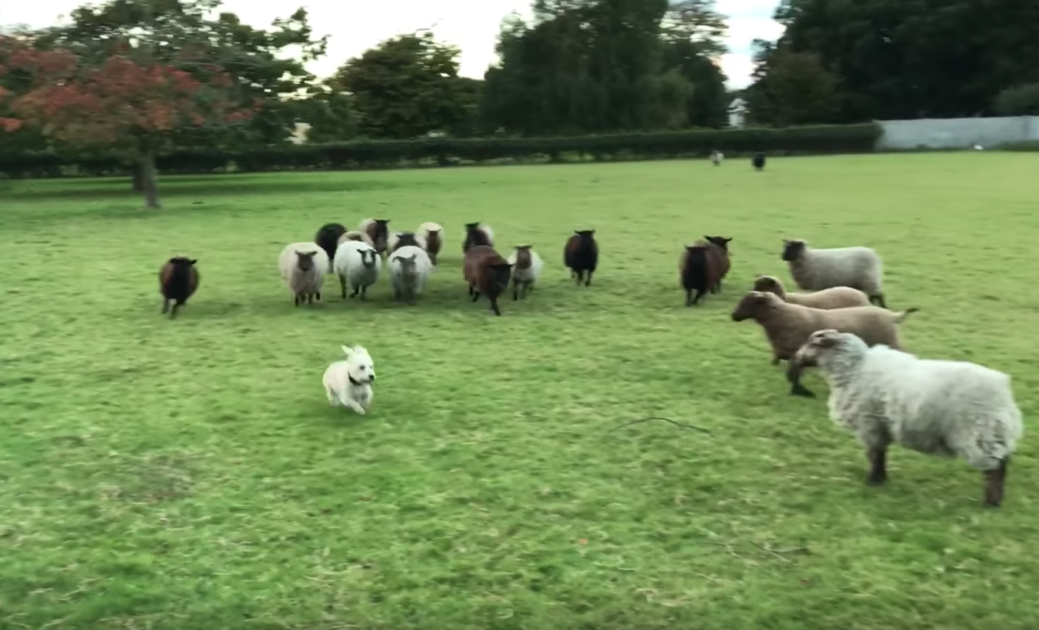 Can we really blame the dog when he saw an opportunity to have some fun and went for it? Although, he really had ONE JOB to do, haha.

You’re going to LOVE the video of him below. Click the video and enjoy!