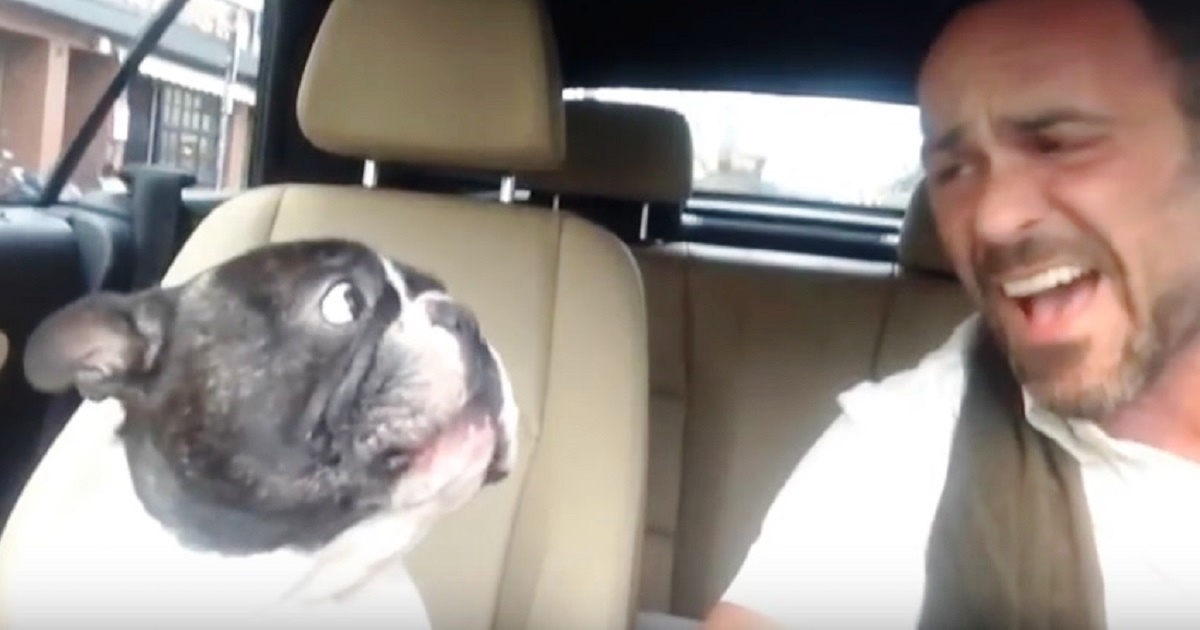 Walter Ledermuller is the proud father of his energetic French Bulldog, Junior. Walter has already observed that Junior has a loud speaking voice and heightened senses. However, during one automobile journey, Junior surprised his father by displaying an intense love for singing. 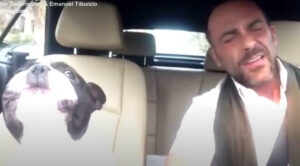 In the video taken on a trip through Germany – we see Walter looking for songs on the radio when a soulful cover of Rihanna’s “Diamonds” starts playing. Walter knows the words to this song, and he immediately begins singing along to it while driving down the street!

Junior, on the other hand, is completely enthralled by his father’s beautiful voice. The Frenchie decides to participate in a duet with Dad and add his own special flavor to the song. 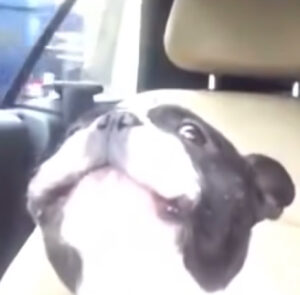 His vocal starts softly and then erupts into a roar. He emphasizes Walter’s calm performance with his own backup vocals, and he mimics the difficult chords by raising his head and howling expressively. 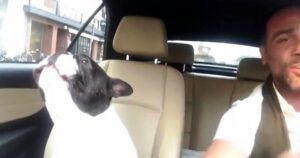 At the end of the video below, a wide-eyed Junior helps Walter close the duet with a drawn-out howl. Junior has been a regular participant in Walter’s car jam sessions since he discovered his love for the song.

You’re going to LOVE the video below of this dynamic duo. Be sure to turn up your volume and watch all the way until the end! 🥰